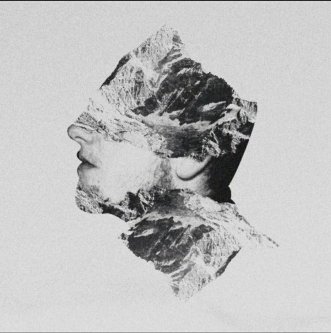 Recognizing that we may not all become generals, CEO of a big High Tech enterprise (people with a singular mindset to begin with), or Junko Tabei doesn’t mean life is necessarily destined to be a failure. On the contrary, it’s synonymous with defining objectives, and how to reach them. It’s also a way of focusing on purposes and sidelining distractions.

That said if you do get the chance – and that’s the beauty of professional and social mobility – seize it. Don’t be afraid of succeeding, don’t be mean with the tactics and don’t be afraid of other people’s reactions either, you know, “You can please some of the people” etc & so on.

The following story is of an individual who on the face of it had everything to reach his objective but for an understandable, even honourable reason he turned back from a very difficult ascension.

It’s a lesson for anyone who, having everything working for them, e.g. a level playing field, a favourable position, resources, support… falters, doubts and considers abandoning so near to their goal, abandoning not because they encountered a superior force but because they’re not sure, something doesn’t feel right or they worry about consequences, in short someone lacking real motivation:

A life-hardened firefighter from Chicago and an accomplished mountaineer, having successfully climbed several 7000ers in his time decided that he was ready for the ultimate challenge of every mountaineer: Mount Everest.

He trained in his spare time and eventually managed to join a team planning to climb Mount Everest. The time came and the team set out on their expedition. They travelled to Nepal, reached the mountain, set up base camp at 5400 metres. They negotiated the Ice Fall at 5500m, going good, and made it to Camp 1 at 6100m, so far so good. Next up was Camp 2 at 6400m, the firefighter from Chicago was crushing it.

Camp 3 came and the effort was starting to tell but the firefighter continued, drawing on physical stamina and mental resilience gained over the years. Camp 4 came and at 8000 metres the firefighter started to understand why it’s called the Death Zone, weather conditions were accentuating the physical and mental strain.

The firefighter was realising that despite being, as he thought, physically fit and properly prepared for the environment, he was reaching his limit and at 8000 metres the slightest error could be fatal. Defiant, the firefighter continued but at only 400 metres from the summit, he suddenly abandoned the ascension.

Distraught, physically exhausted and mentally drained he descended the mountain. Back at home he thought long about the experience and understood that despite all his physical preparation, mentally he just couldn’t pierce the psychological barrier those last 400 metres before the summit represented. He knew he would never go any higher.

The firefighter spent a lot of time analysing and trying to figure out how or why he failed when others could do it and with time he came to terms with the fact that psychologically that was his limit, beyond which he would never go.

Reaching this conclusion allowed the firefighter to accept that although he would never know the exhilarating experience of reaching the summit of Mount Everest he could draw satisfaction from the fact that 8000 metres was his new personal physical and mental benchmark. From that point on, he knew he could now go into a burning building or climb another 7000er knowing what he could or couldn’t do, which in his metier, and for his hobby was paramount. An honourable lesson in pragmatism, and humility…

… This could also be a story about finding one’s vocation and purpose in life. Reinhold Meissner aside, if most mountaineers reach the summit it’s because Sherpas guided them, Sherpas who, although having reached the summit so often they stopped counting, dedicate their life to making sure others can do so safely.

Credit. This motivational story is not entirely mine. I read about the firefighter a few years ago and hopefully freely adapting his story again here gives him due credit.

Details of Mount Everest route with kind courtesy of http://www.mounteverest.net/expguide/route.htm